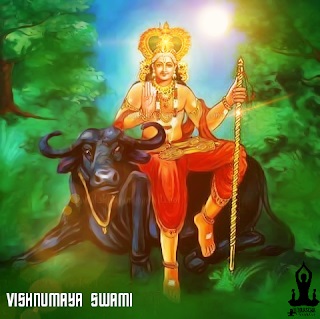 Vishnumaya or commonly known as the 'chathan' is a Hindu god famous for magic capabilities. Vishnumaya is famous in south india, primarily Kerala, Tamil Nadu, Karnataka, Andhra Pradesh etc. He is considered to be the son of Lord Shiva and Kulivaka, a tribal reincarnation of Shree Parvathi (in some versions of the mythology).

In the mythology this is how the story of Vishnumaya or the Chathan goes. One fine day when lord Shiva was on a hunt he happened to gaze upon the beautiful tribal women named Kulivaka. The combination of long solitude and the irresistible beauty of Kulivaka made the lord lustful. After letting Kulivaka know of his wishes, lord Shiva went for a bath and it was then that Kulivaka could finally grasp the depth of the whole issue.
Being an ardent devotee of Shre Parvathi, Kulivaka realised that mating with the lord would bring the utmost wrath of devi Parvathi and at the same time feared the wrath of lord Shiva if she refused to him. Facing such a dilemma she decided to pray for the Devi herself so that she could find a solution to this problem. Upon appearing before Kulivaka, Devi parvati, impressed by her innocence and good natured heart decided to let her know of why she was destined to be mating with the lord himself. Apparently in her past life, she was one of the servants in the retinue of Parvati, named Manaswini and happened to breast feed lord Ganesha, son of Devi Parvati. Parvati did not approve of a servant breast feeding her son and cursed that she would be born in a chandala family in the next life. When Shree Parvati's anger finally subdued she understood she took pity on Manaswini. Devi Parvati blessed Manaswini that she would get the opportunity to breast feed the son of Lord shiva, even after being born in a Chandala family. Parvati informed Koolivaka that it was pre destined fate for Shiva to meet her. She informed that she herself would take the form of Koolivaka and deceive lord Shiva and that the boy born out of that will be the killer of the Asura lord Jalandhara.
The union of Psuedo Koovalika and Lord shiva saw the birth of a child with divine power. Lord Shiva arranged a buffalo for the protection of this child. This divine child who came to be known as Chathan was given to Koolivaka for rearing. Koolivaka thus became the mother of Chathan, son of Lord Shiva fulfilling the boon of Parvati. Chathan lived with Koolivaka for about seven years. The tribals loved the boy who saved them from many dangers. He roamed the jungle riding his buffalo and playing a musical instrument known as "Ezhara".
On his seventh birthday, the tribals held a feast in his honour. During the feast the sage, Narada manifested himself. He revealed to Chathan the secret of his birth. Moreover, Narada advised Chathan to visit his true parents in Kailasa. He also told Chathan the true purpose of his birth.

Chathan started his journey to Kailasam with the permission of his foster mother and friends. He rode on his buffalo to Kailasam. When he was about to reach Kailasam he realized that Nandikeshwara would not allow him to enter Kailash in his present form. So he took the form of Lord Vishnu. On seeing their son, Shiva and Parvati were very happy and hugged their son. Lord Shiva blessed him, saying, "You invoked the form of Vishnu by Maya (magic). So you will be known as Vishnu Maya". Moreover, he taught him the art of warfare and the secrets to kill Jalandhara (an asura who had been harassing the Devas) Upon confronting Jalandhara and after a fierce battle, Jalandhara was beheaded by Chathan and thus came the end of the Asura lord. After this, devas understood the power of Chathan and invited him to the heaven which Chathan declined, and said that he belongs with the poor, thus returning to his people. Later another powerful Asura named Briga wanted to marry Koolivaka, and thus came with a large force to attack and seize her. Chathan was attacked in this conflict, and his blood was spilled on the ground, from which arose 400 Kuttichathans out of which 10 of them gave their life away to protect the Chathan by swallowing the Brahmastras. Thus leaving behind the 390 Kuttichathans. Chathan killed Briga with his "kuruvadi" and all was fine.
Vishnumaya or Chathan is thus considered to be the most powerful magical god who will grand his devotees all their wishes. Lord Vishnumaya is a main deity of people at Central Kerala. 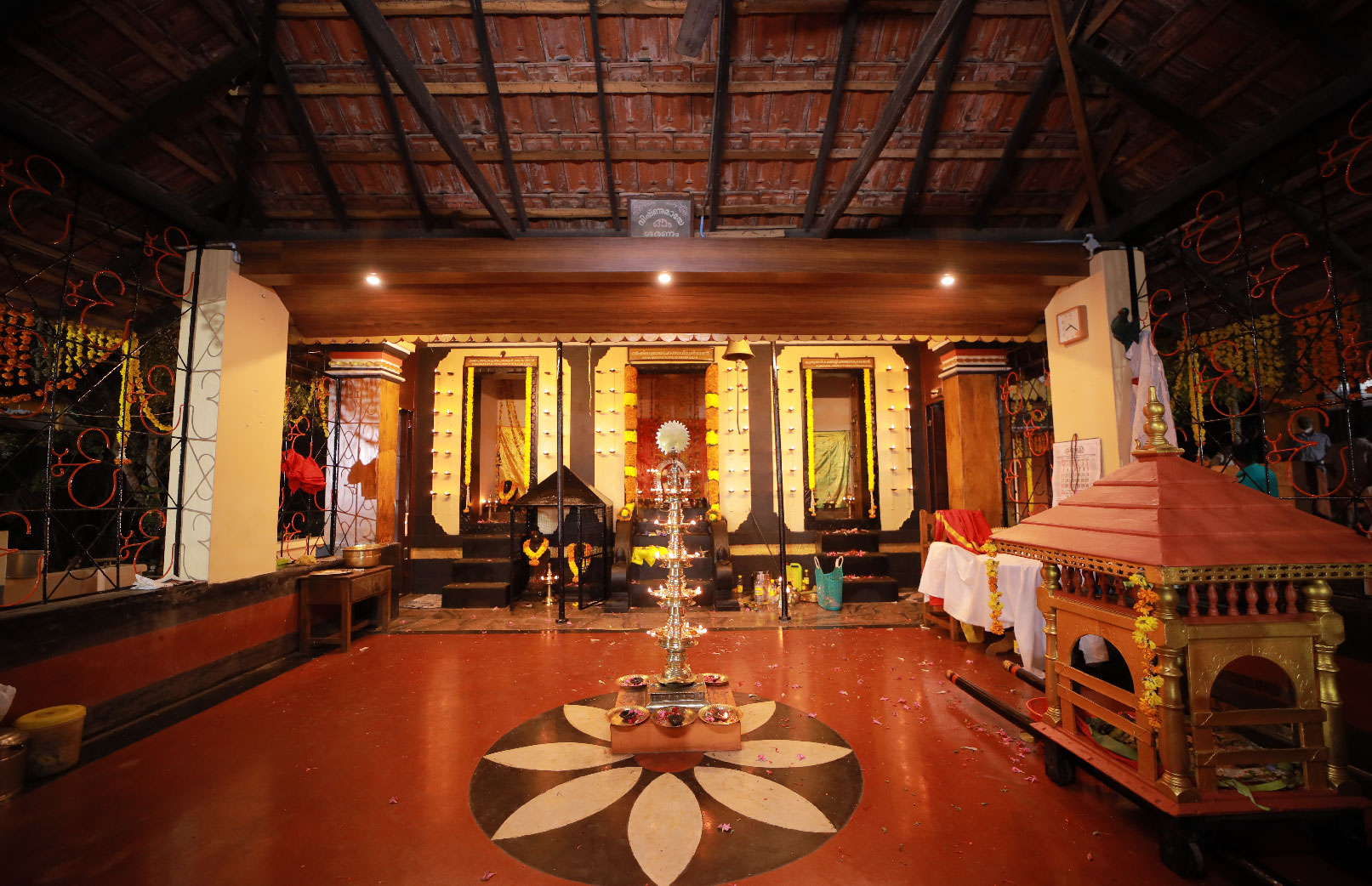 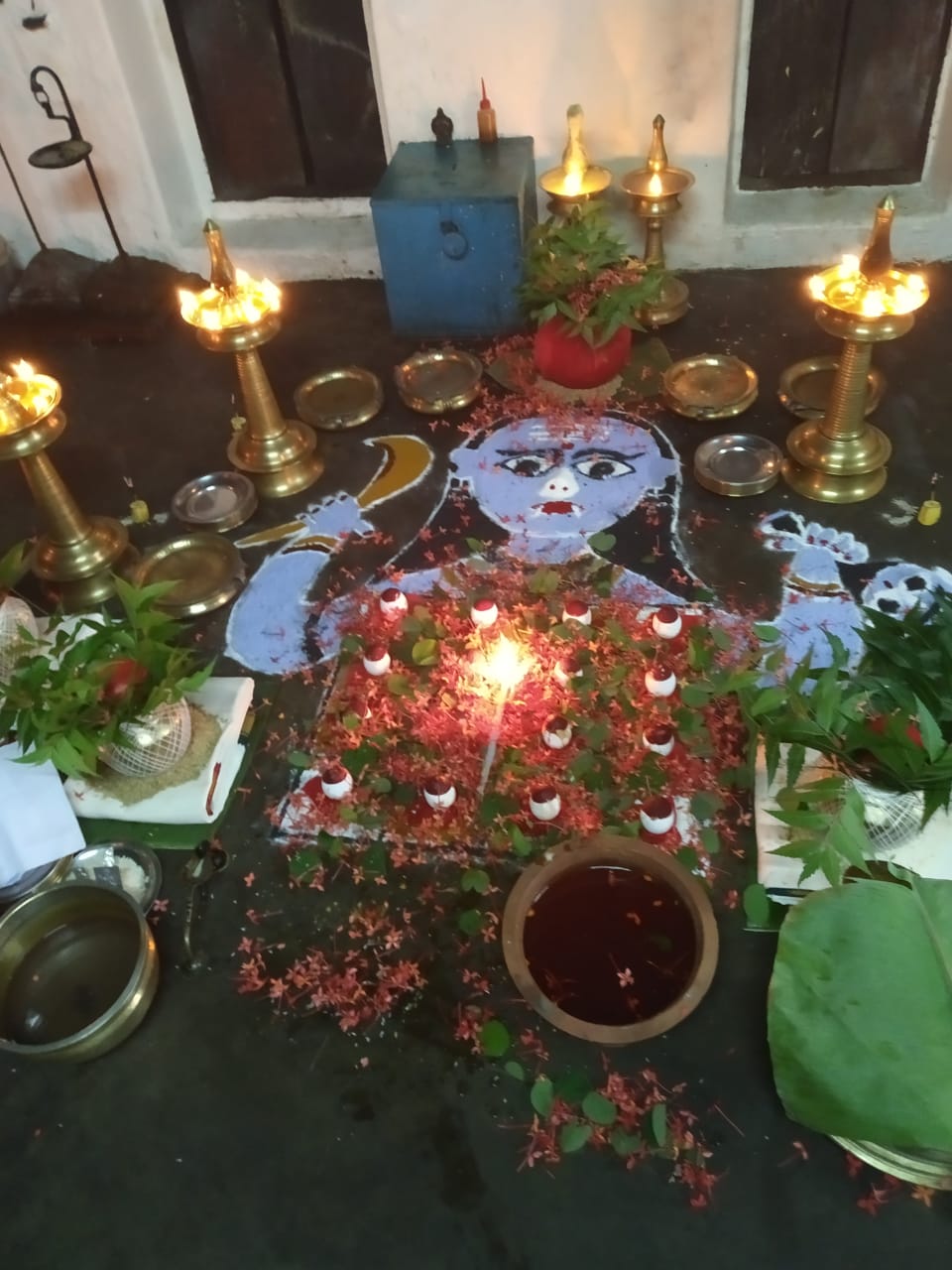 Kanakulangara Temple
Kottayi, KERALA
Book Now
View All
Attention Presidents/
Secretaries Of Temple Administrations:
If you would like to onboard your temple on iprarthana website:
Top