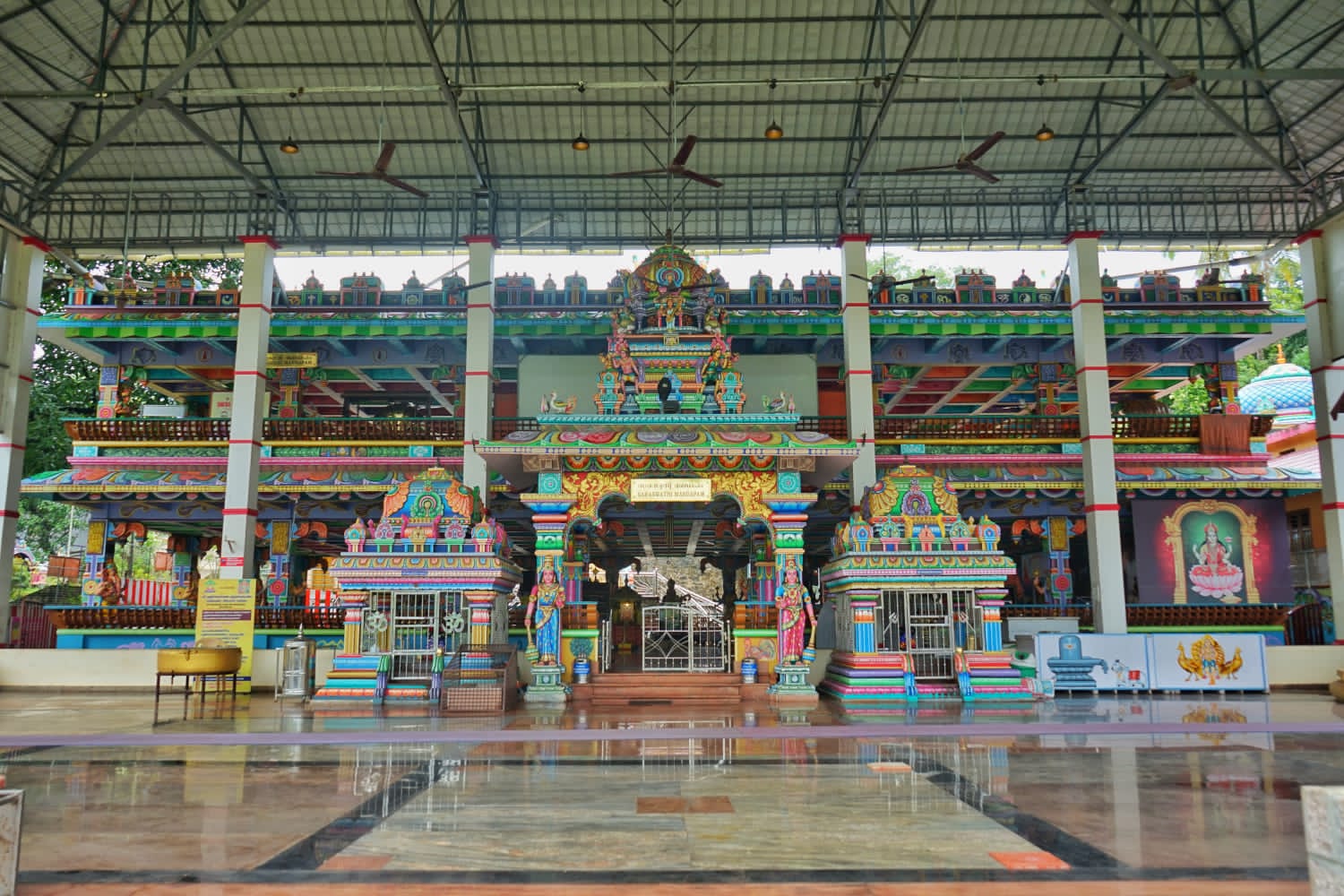 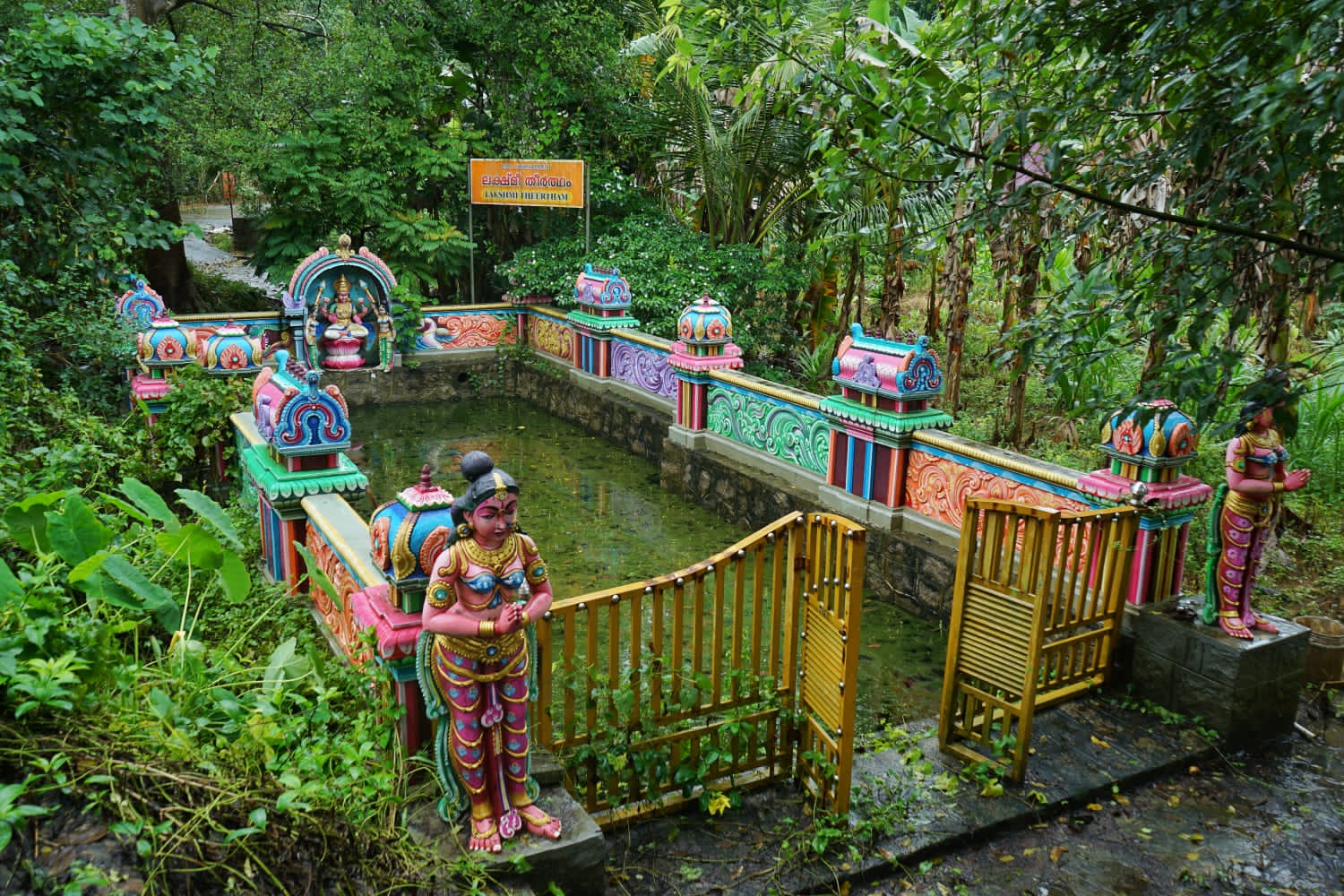 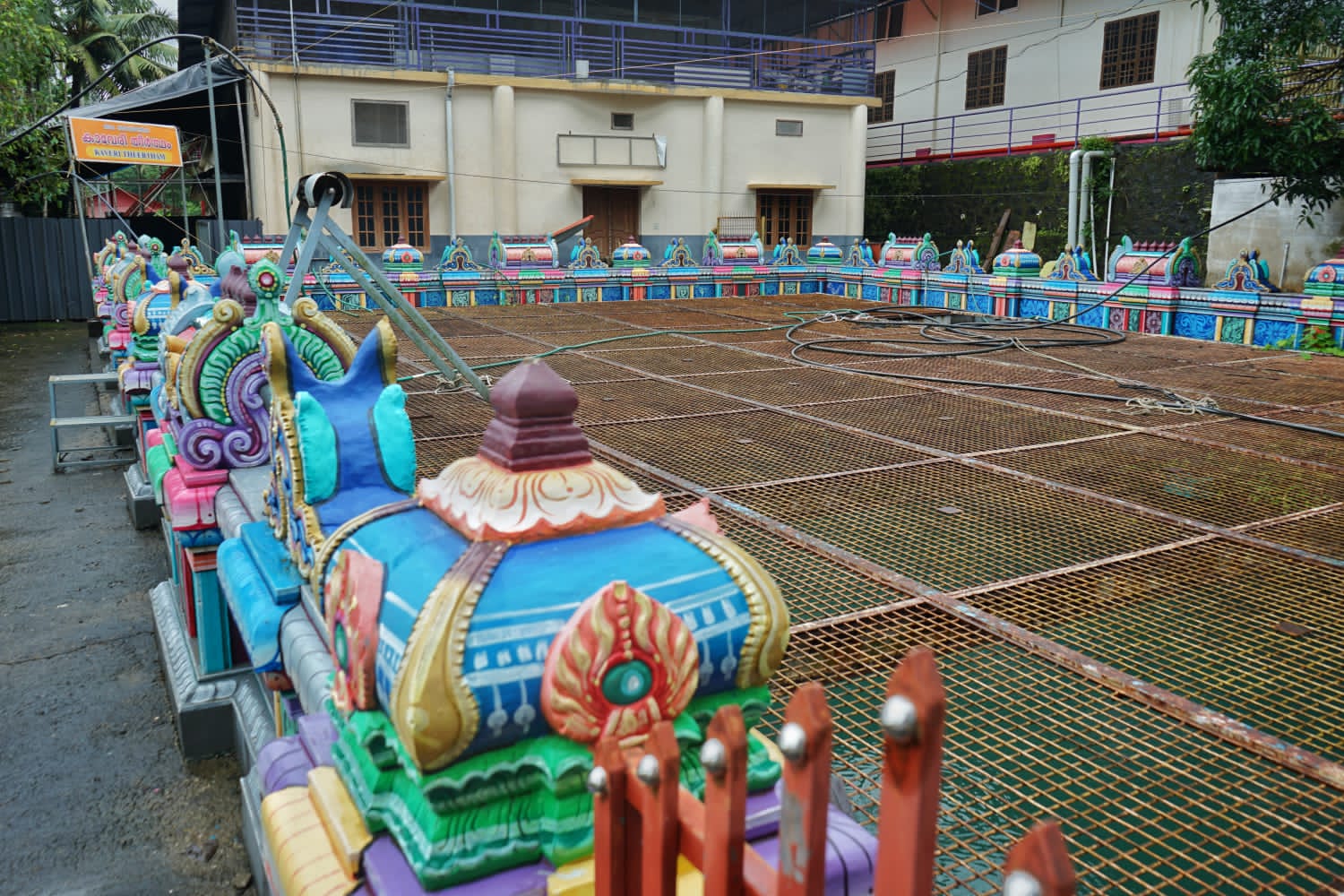 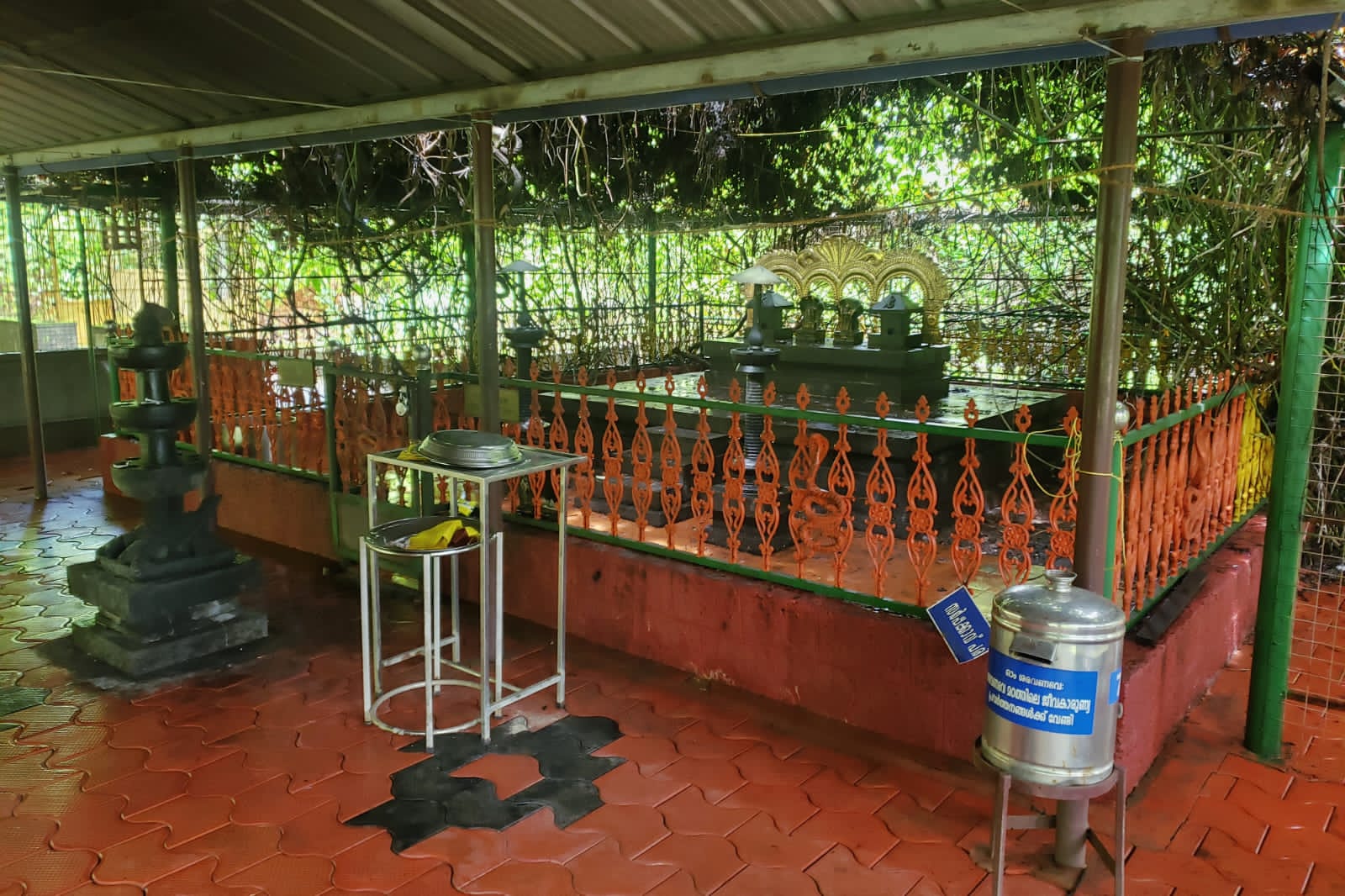 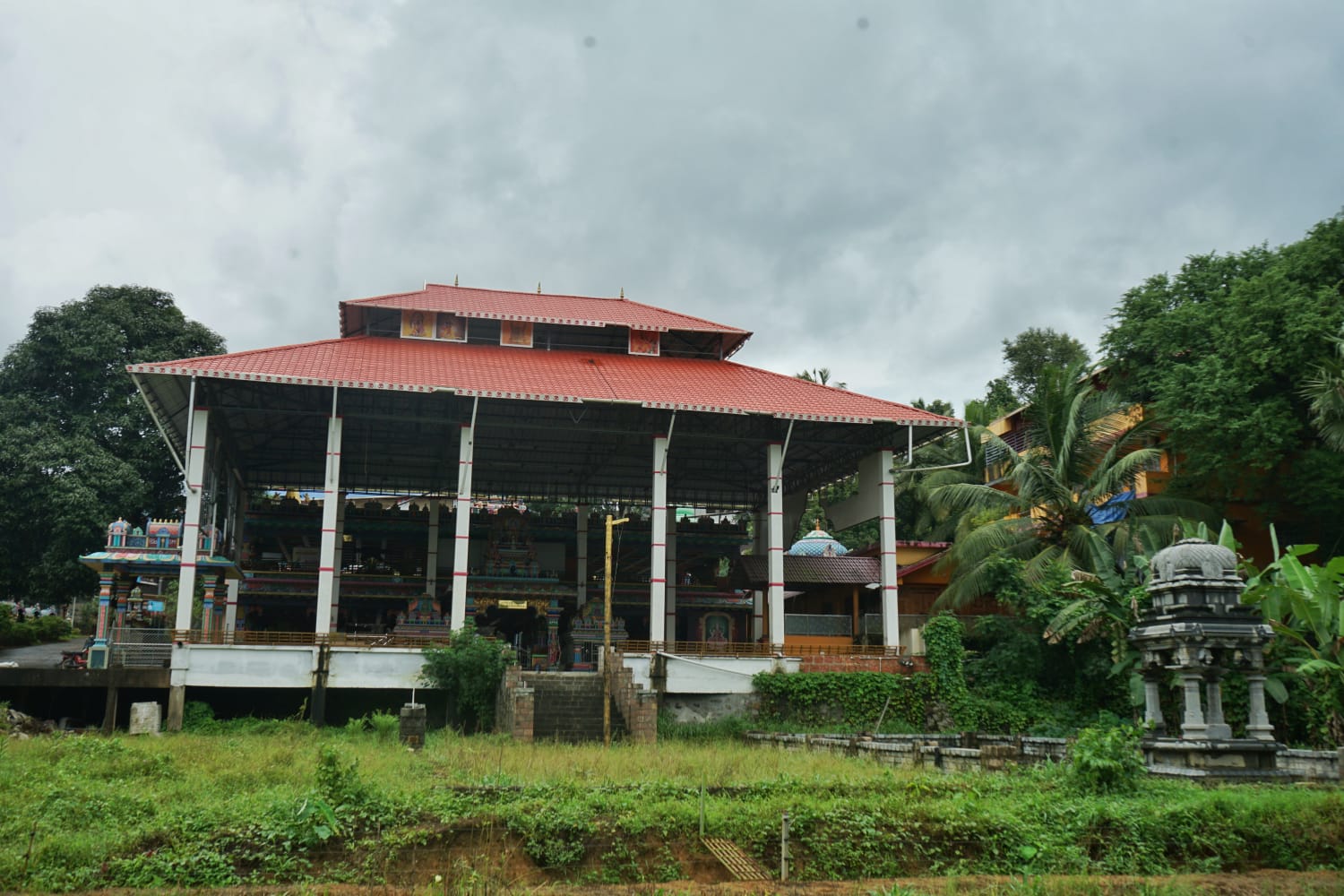 As Per Sri Babaji’s Sankalpa, the first temple for Sri Subrahmanya (Lord Murugan) was constructed at the ashram premises in Sreekrishnapuram, Palakkad district. The sanctum sanctorum houses Sri Shanmugha Subrahmanya (six-faced) mounted on a peacock, flanked on either side His consorts Sri Valli and Sri Devasena. An idol of Lord Ganapathi and Sri Bhuvaneshwari is consecrated in the same sanctum sanctorum to the right and left of Sri Subramanya idol, respectively.
Ananta Koti Pranams are offered at the Lotus Feet of our beloved Sadhguru Sri Sharavana Babaji who bestows peace and tranquility to millions of devotees all over the world. Welcome to Sreekrishnapuram Sharavanabhava Matam, Palakkad, the headquarters of Shree Sharavana Baba Foundation that runs its operations in India and over 36 countries globally.
The 11th of October 1979 marks the birth of Sadhguru Sri Saravana Babaji as the the eighth son of Sri Lakshmi Ammal and Late Sri Krishnan Kutty Guptan in this holy land of Sreekrishnapuram. Recognizing his birth mission at the age of 20, Babaji
established the Sharavanabhava Matam for the welfare of the entire universe in
2002, and official operations started following registration in 2005. Today,
Sharavanabhava Matam offers its services in most of the cities in India. Besides the
“Mahakshethra” at Sharavanabhava Matam in Sreekrishnapuram, Babaji has
established the “Shree Jnaana Dhandayuthapaani Swamy Temple” in Kozhikode and the “Navagraha Sri Kathirgama Yogi Yogeshwara Yoga Dandayuthapani Swami
Temple” in London, the first of its kind abroad, where rituals are performed
according to the unique customs and tradition of Kerala.
Let us get acquainted with the “kshetra sankalpas” (temple concepts), worship
practices, rituals and service activities at Sreekrishnapuram Sharavanabhava Matam,
which functions under the auspices of the Shree Sharavanababa Foundation.
“Paalathara” and the “Dharma Devathas”
The Welcome Gate of Sharavanabhava Matam is barely 100 metres away from the
Village Office situated on Thiruvazhiyode-Aryambavu Road in Sreekrishnapuram
Panchayat. Once you get past the entrance, you will find the “Paalathara” on your
right side that houses the Dharma Gods and the family deities. It is imperative to
offer prayers and get permission from the deities to enter into the matam.
Babaji's Birthplace
As you alight the steps of Paalathara, on to your left side, you can see the renovated
house where Babaji was born and raised. There are two pooja rooms in this house
that commemorates “Sankalpa Prathishta” - the concepts worshipped by Babaji’s
ancestors consecrated in the first room and the concepts worshipped by Babaji in His early years consecrated in the second room. Offer your respects and prayers here.
Blessed Wormwood
As you head to the matam, you will see a “kaanjira maram” (wormwood tree) on to
your right before the Temple Ticket Counter. The beautiful idol of Shirdi Sai Baba
brought down from Shirdi, which is enshrined in the Sai Mandapam, was first placed
under this wormwood tree. Babaji had prophesied that the leaves of this wormwood
tree would be sweetened on that particular day every year to commemorate the
auspicious day.
Ticket Counter
The ticket counter facilitates booking of various poojas and offerings, from where
you can obtain the respective materials and receipts. After washing your hands and
feet in front of Ganapati Mandapam, enter the mandapam with wholehearted
devotion and chanting of holy names. once you have registered your names here,
you may start your divine darshan.
Ganapati Mandapam
This is the hall dedicated to Lord Ganapathi and the guardian deity Lord Bhairava
where yajnas like Maharudrayagam and Chandikahomam have been conducted for
many years. The special ritual of breaking coconuts after waving around oneself for
the removal of obstacles in one’s life is performed in front of the Lord Mahaganapati
seen first on the left side. “Karukamala” and “Ganapati Pooja” are some of the
special offerings made here. “Kalavara” (pantry) filling ceremony also happens in
front of Lord Ganapathi. “Annadhaanam” happens at the matam three times a day
throughout the year. You can bring as much ingredients as possible and offer them in the “Urli.” This special ceremony helps to alleviate poverty and acquire abundant
wealth.

Sree Saravana Baba Seva Samiti
Sri Saravana Baba Seva Samiti ,a voluntary group comprising of men and women,
works towards regeneration of a new society that is selflessly committed to
community service, embracing the ideals of Babaji. The daily activities, festivals and
service activities of the matam are carried out by this committee. Those who are
interested in becoming a member of this group can contact the office.
Sri Sharavana Babaji who travels globally through the Shadakshara mantra “Om
Sharavana Bhava” and grants peace and tranquility to everyone is regarded as
“Sadhgurunath.” To get to know more about Babaji and understand Babaji’s
ideologies and work together, you are sincerely and cordially invited once again to
visit Sharavanabhava Matam.
Om Sharavana Bhava