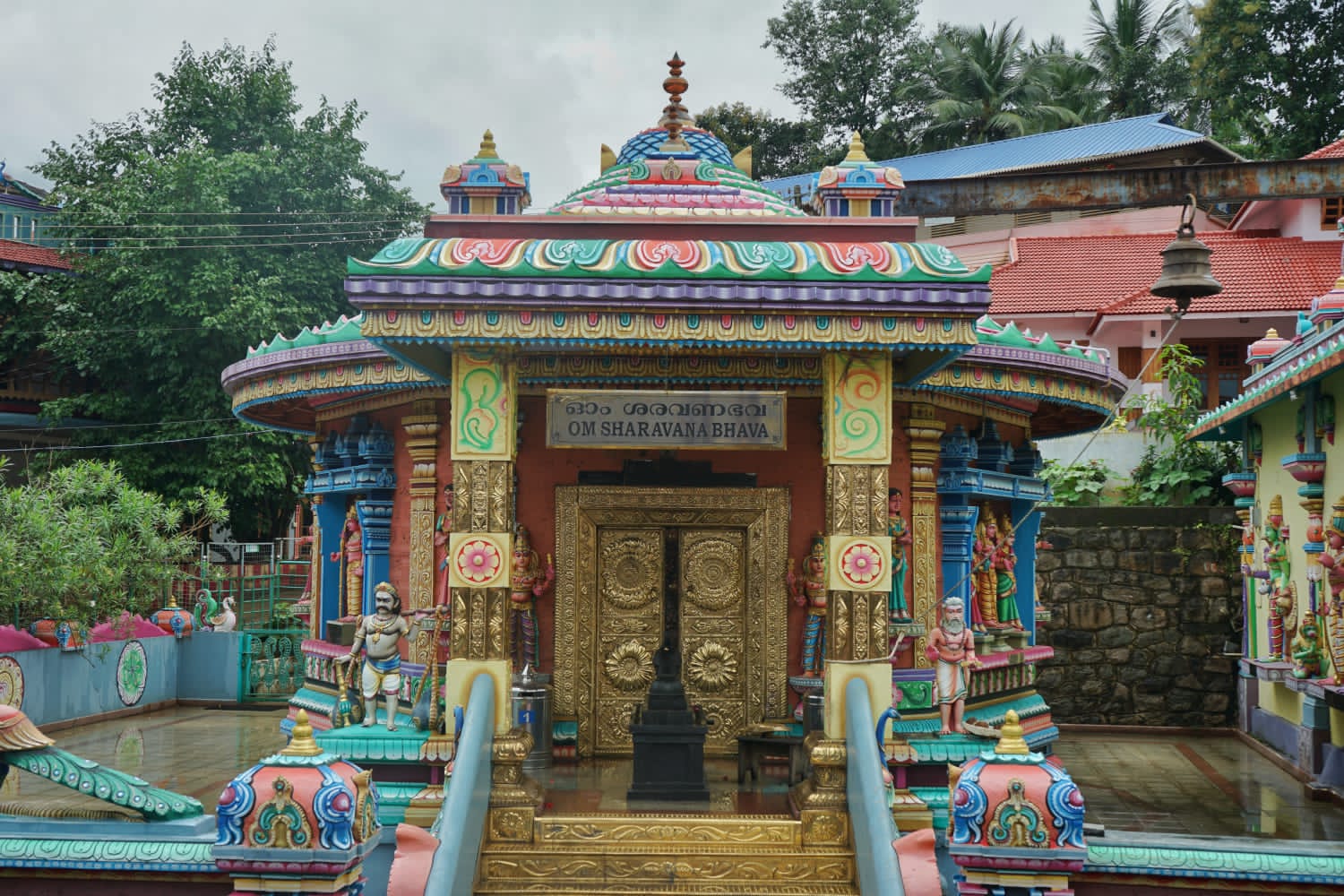 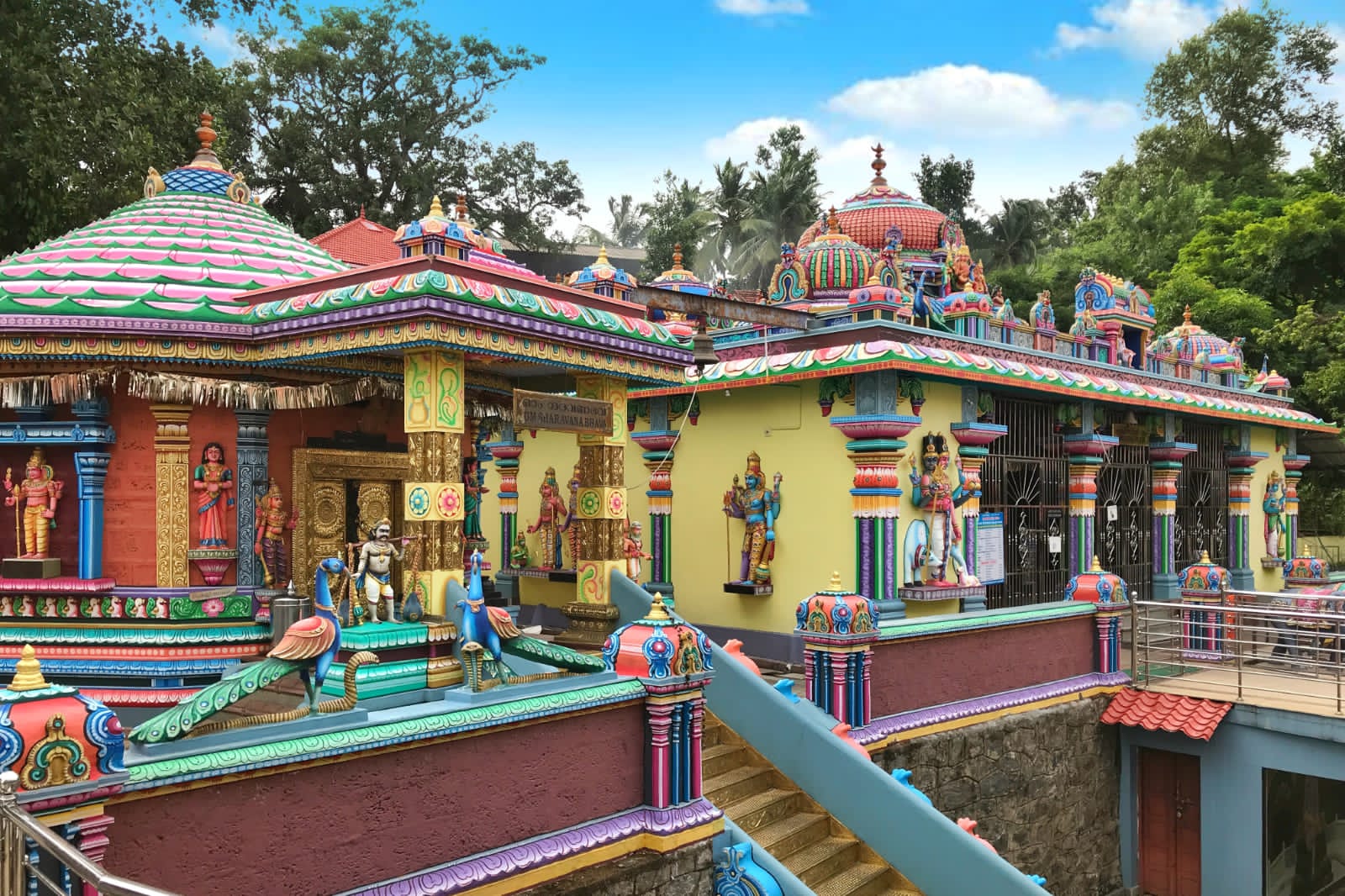 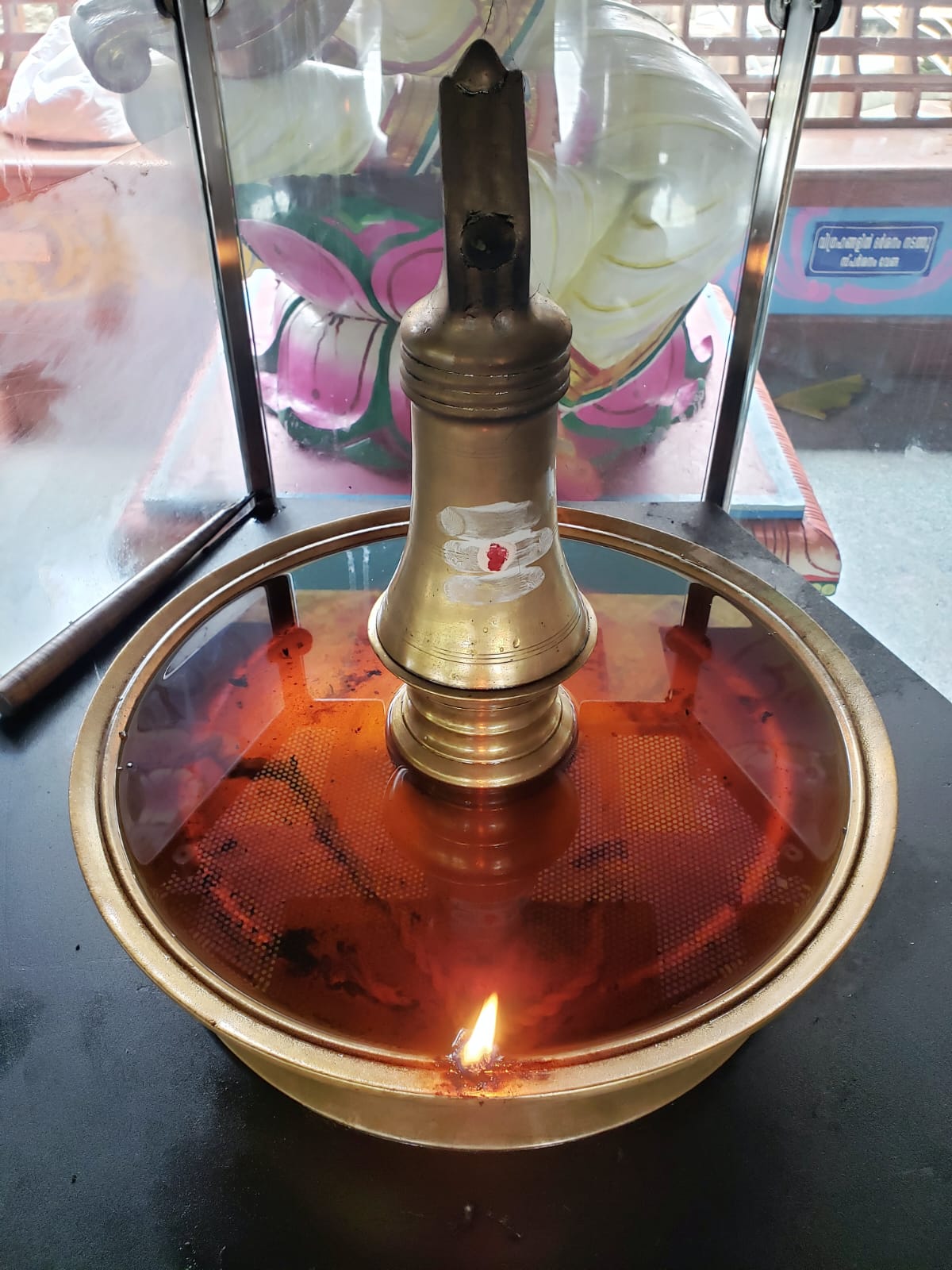 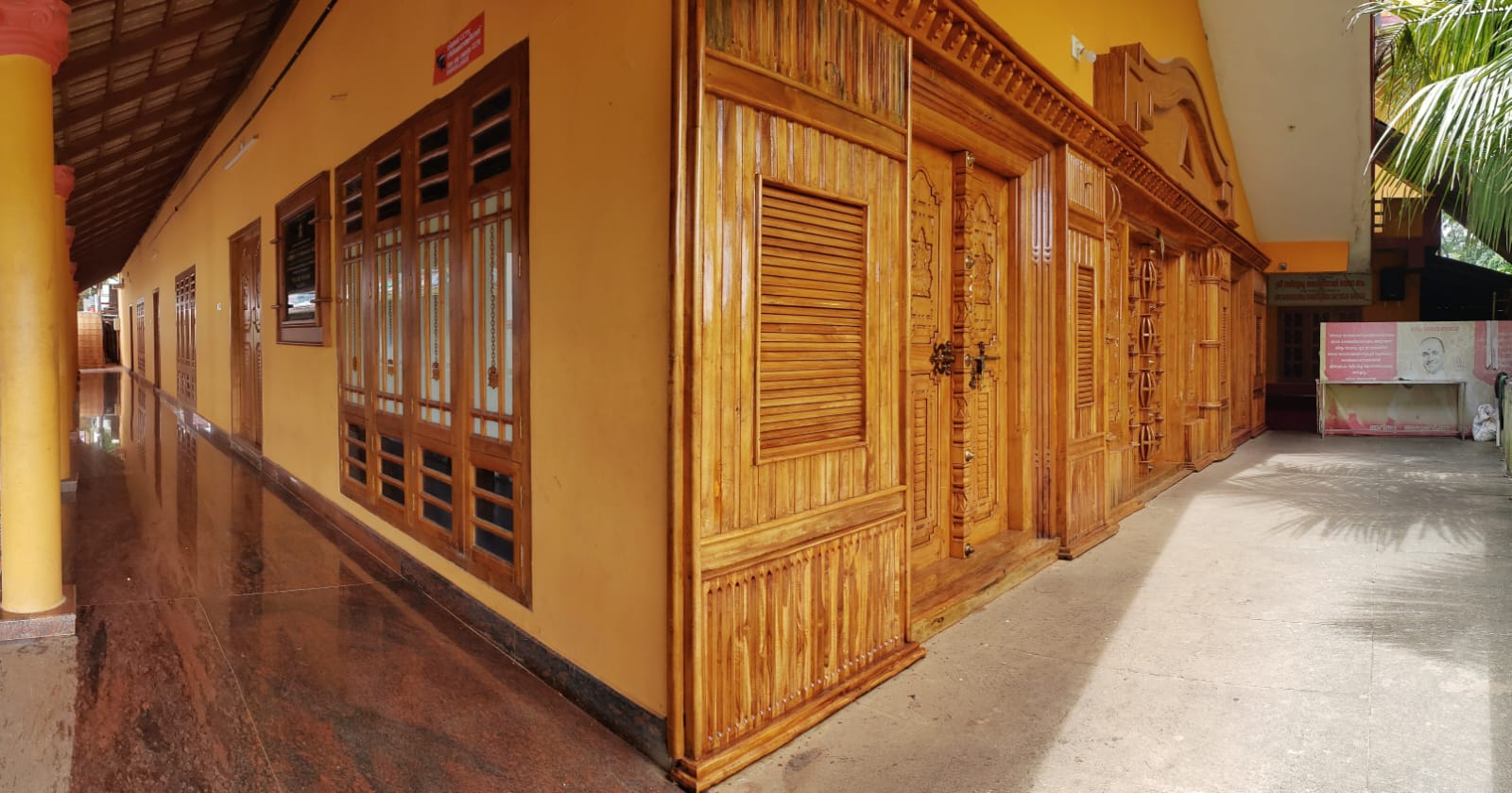 Babaji has blessed Kerala state with a very special temple dedicated to Sri Shirdi Sai Baba, which is rare in Kerala.The darshan in the Sai Mandapam begins with the Ardhanareeswara worship. After having darshan of Sri Rama-Lakshmana-Sita-Anjaneya, worship Sankaranarayanaswamy, bow down to Dattatreya Swamy and enter the Shirdi Sai Mandapam by ringing the temple bell. Worship the charming idol of Shirdi Sai Baba brought from Shirdi. After prayerfully worshipping at the Guru Mandapam of Paramahamsa Yogananda, Durga Mandapam and Sastha Mandapam, light an“Elluthiri” lamp in front of Lord Ayyappa to ward off the malefic effects of Lord Saneeshwara. Then bow down to the 18 “Siddhars” of Tamil tradition. “Siddha Puja” is a special ritual performed every Thursday and can be booked in advance. After offering respects at the mandapam where the worship items used by Babaji during
His “Upasana” times are treasured, proceed towards worshipping the 7-feet
MahaShivalingam, which specifies the “Sahasrara Padma” above the 6 chakras in our body. The Shiva Pooja performed every Monday is very special. Shiva Pooja, along with “Koovalamala” can be performed as a special offering. During Maha Shivratri festival,the Maha Abishekam” is performed here during the “Eight Kala” poojas.
Then proceed to the Anjaneya Mandapam where you can offer “Betel Leaves
Garland”. Worship the “paduka” of Lord Sathya Sai Baba blessed by Baba Himself to be handed over here through a dream revelation. After worshipping the “Sri Chakra Mahameru,” bow down reverentially to Shirdi Baba, the “Tapomurthi” for whom the poojas are performed in the North Indian style. Then bow down to Lord Vishnu on the left and reach the Lakshmi Mandapam ahead.