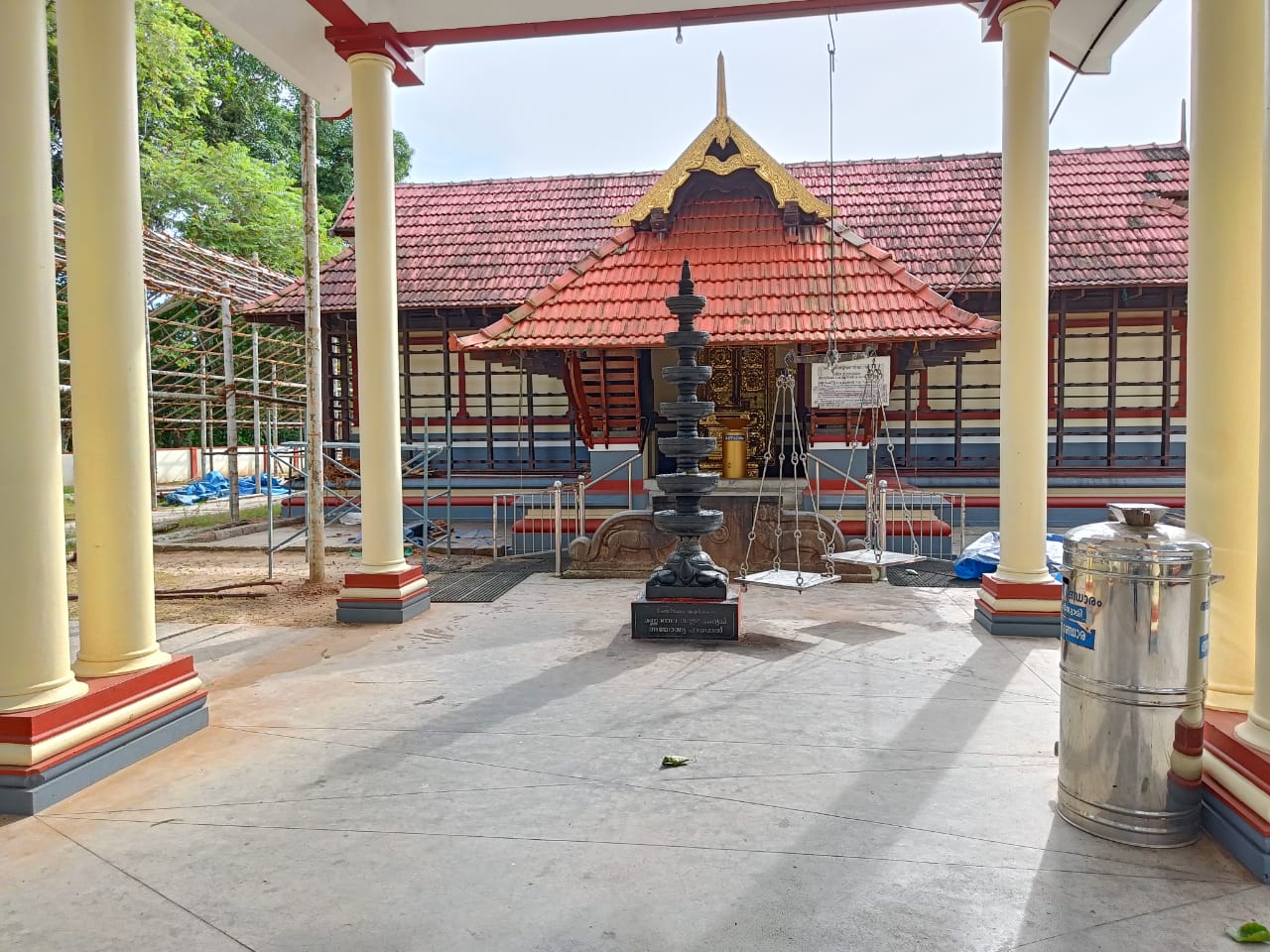 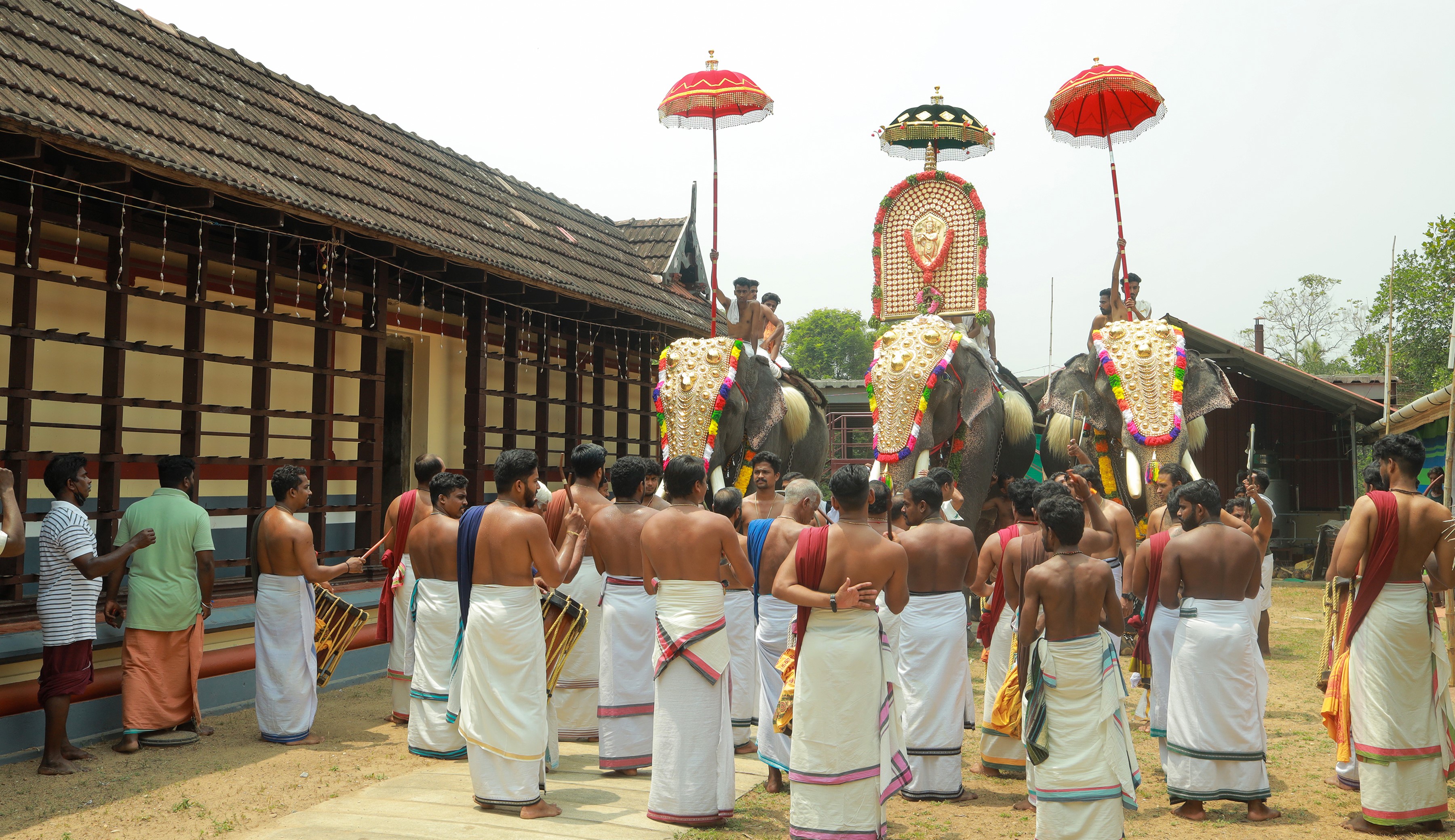 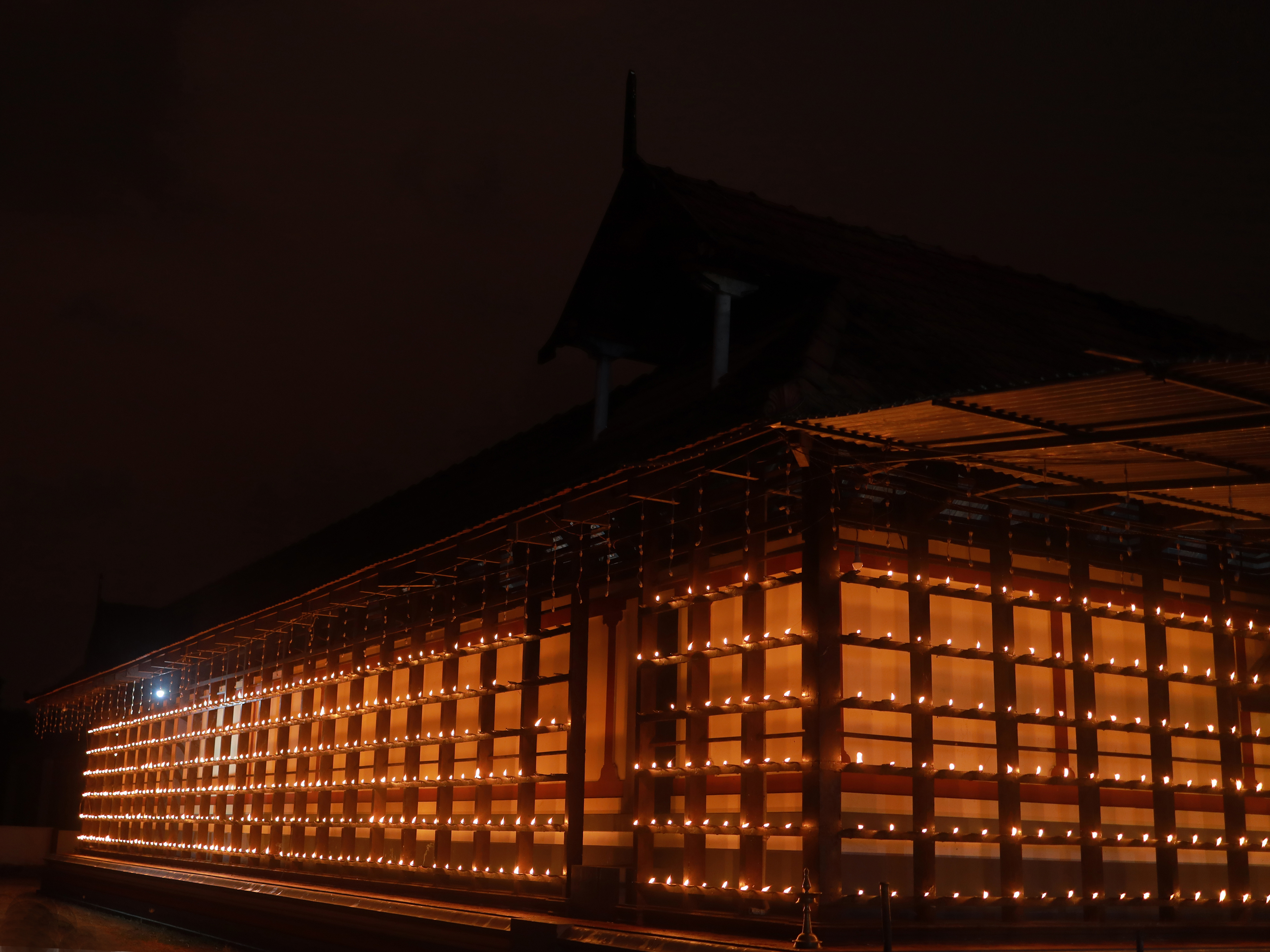 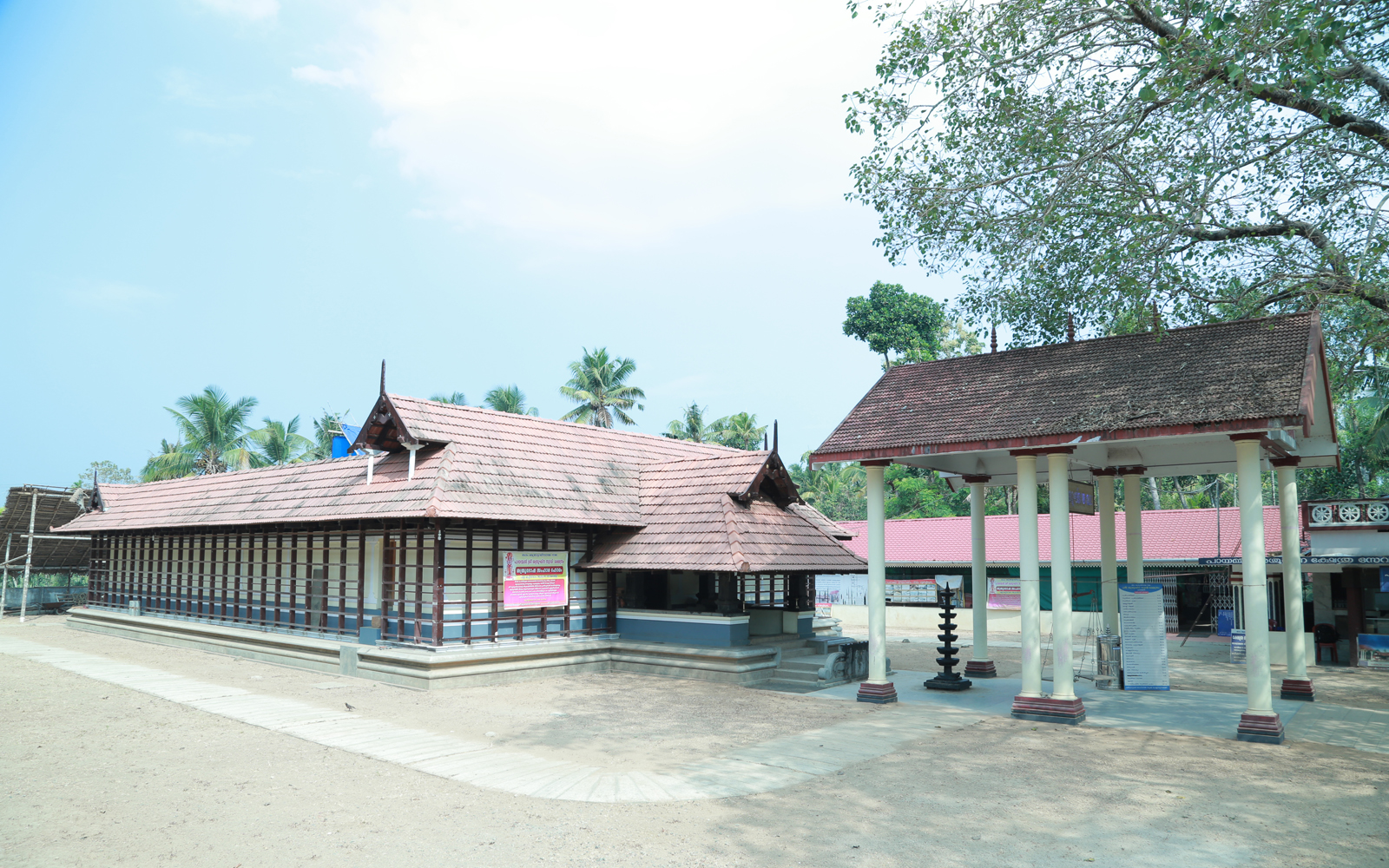 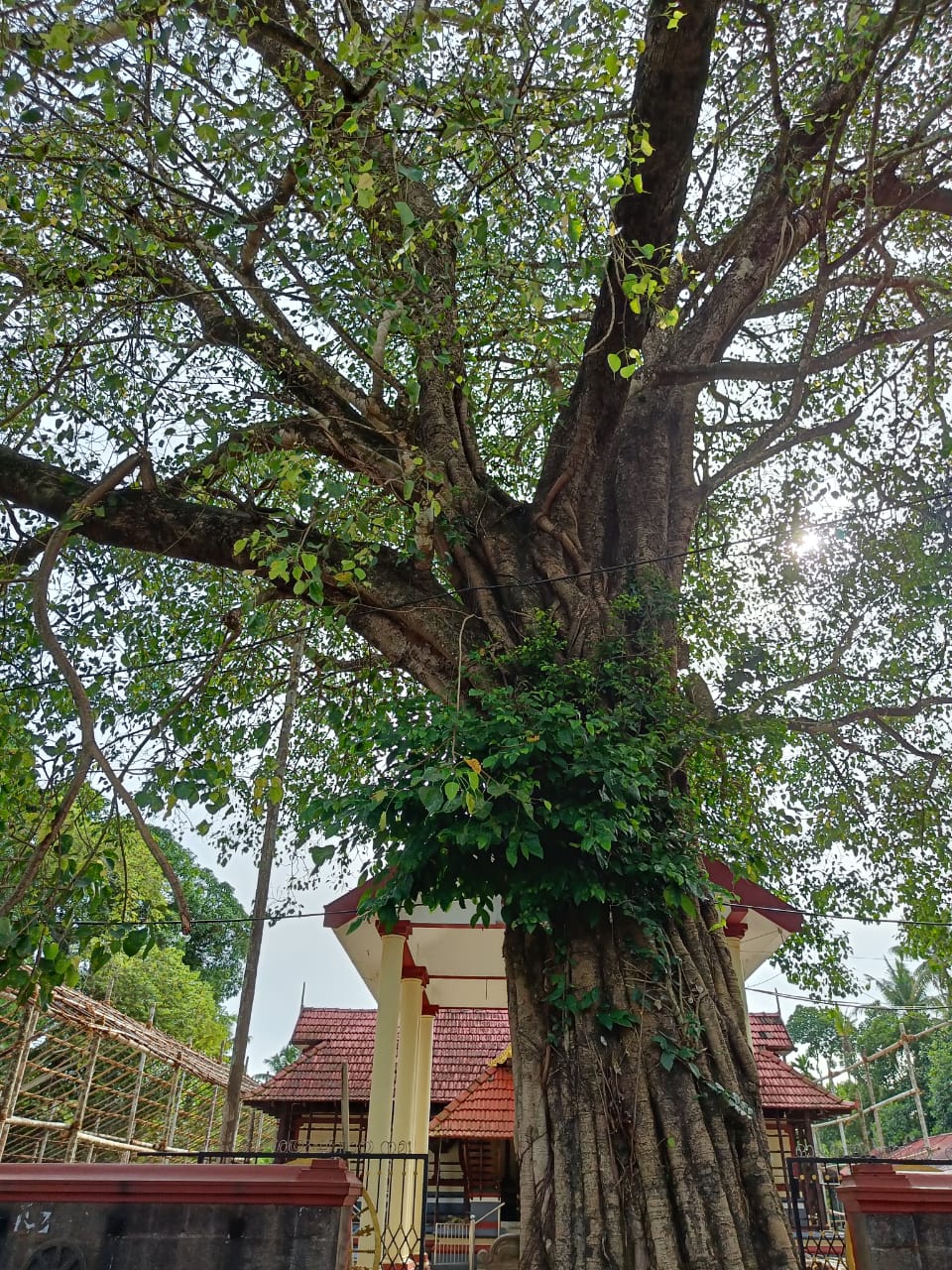 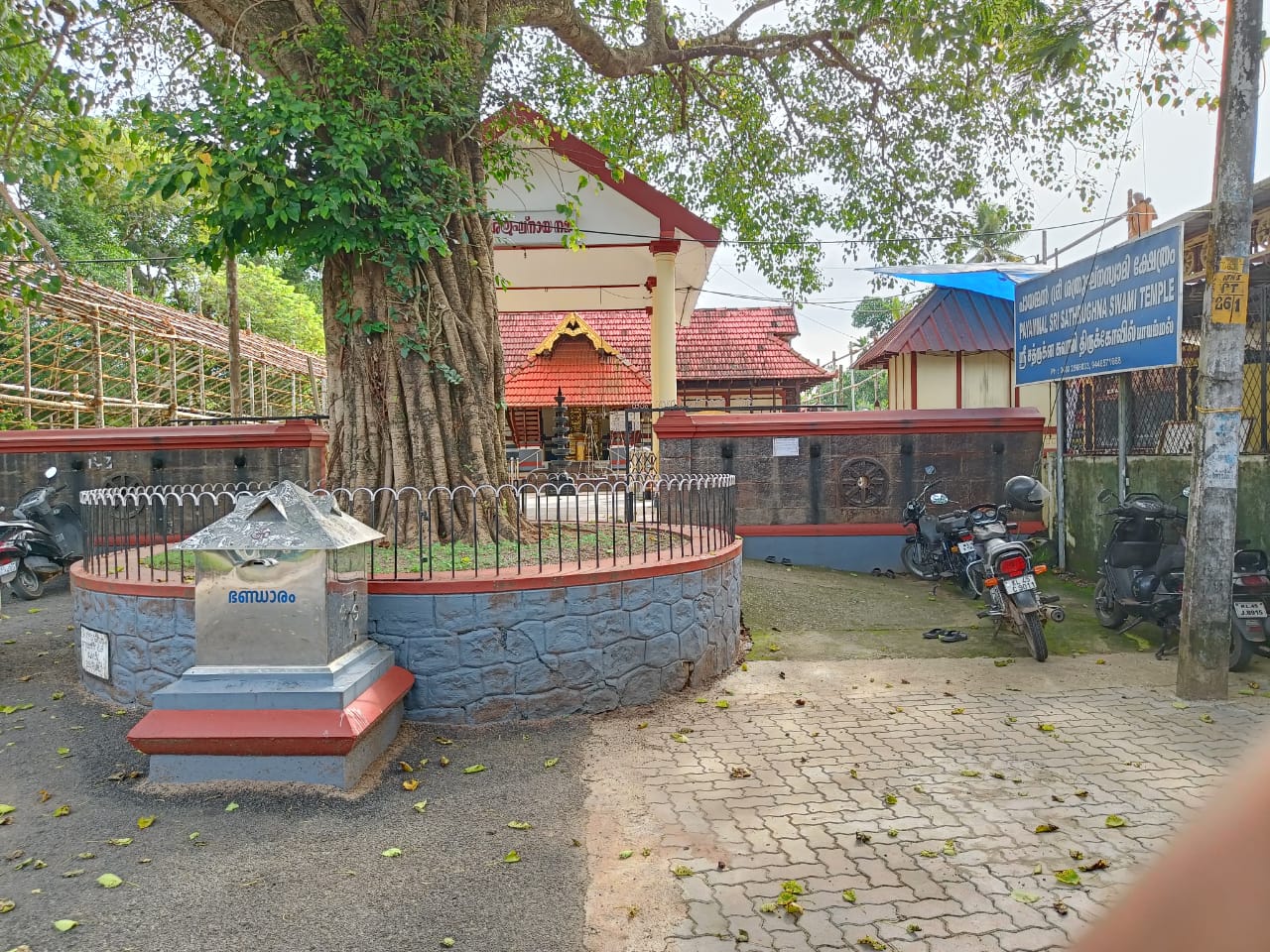 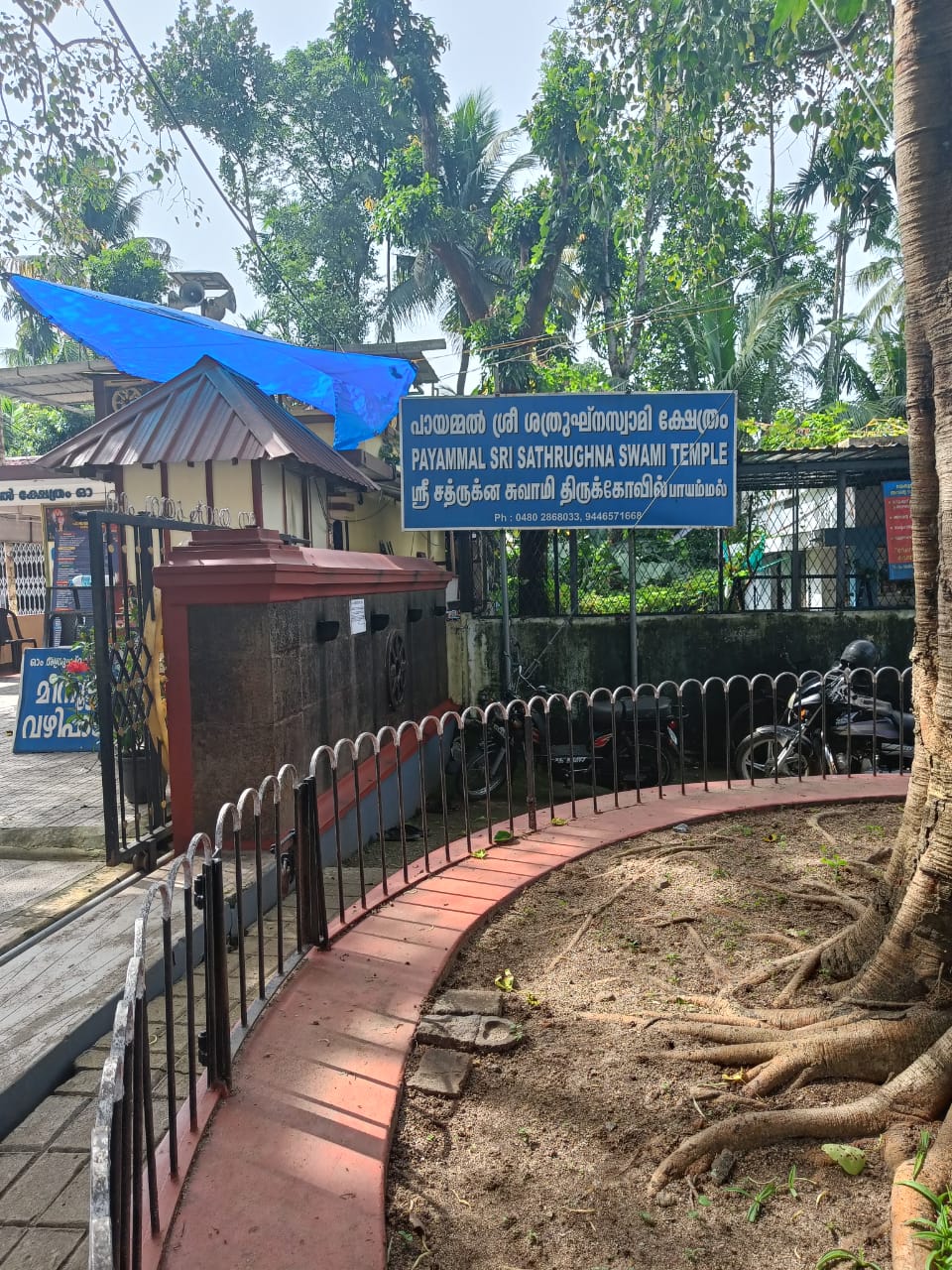 The Payammal temple, 6 km from Vellankallur along the Irinjalakuda-
Kodungallur route, is one of the few Sathrughna shrines in the State. The Payammal
temple is about seven kilometers from Iringalakuda Koodalmanikya temple in the
Iringalakuda Mathilakam route. Sathrughna is considered to be the reincarnation of
the Sudarsana Chakra (disc) in the hands of Mahavishnu.
This is the smallest temple among Nalambalams. Of the four idols retrieved
from the sea by the fishermen this idol is the smallest. All the other three temples
have circular sreekovils but here sreekovil is in rectangular shape.
The idol of Lord Sathrughna is housed in a squarish granite sanctum
sanctorum in the Sathrughna temple. The original Panchaloha (Five Metals - Brass,
Bronze, Copper, Gold and Silver) has been untraceable though efforts have been
made to retrieve it from the temple pond situated in the back yard of the temple
complex. The existing idol made of granite exudes a rare kind of divinity. The temple
is a heaven of peace and sanctity and a devotee experiences an unique sense of
satisfaction after praying in this abode.
There are three main poojas - Usha pooja, Utcha pooja and Athazha pooja -
in a day. This temple which opens for darshan at 5.30am in the morning closes the
door by 10.30 am after Utcha pooja. The second session starts in the evening at
5.30pm and remains open for darshan for Deeparadhana and Athazha pooja and
closes at 7.30 pm. A lamp is lighted behind the Sathrughna idol inside the Sreekovil.
It is believed that this lamp or Pinvilakku is for Sruthakeerthi, the wife of Lord
Sathrughna. Ganapathy is in the sub deity here. Ganapathi homam is a special
offering conducted by the devotees.
Sudarsana Pushpajali and submission of Sudarsana chakram offered at this
temple are considered to boost the prosperity of the family members. The five day
long temple festival starts at Pooyam star of the month of Kumbha. The Ramayana
month is celebrated with gaiety in the month of Karkkidaka.
During the period of Tippu Sultan this temple suffered severe damages.
Inorder to protect the idol of Lord Sathrughna from Tippu's army, the temple priests
took the panchaloha idol from the sreekovil and hided it in the temple pond. You can
see this pond in the western side of the temple. Later this temple was rebuilt by the
joint efforts of the local people around the temple. By their initiative the temple
festivals poojas and all other rituals restarted. Now it is working as a full fledged
temple in all respects.
Nalambalam Yathra ends with the visit to Payammal Sree Sathrughna
Temple. People usually visit a temple of Lord Krishna named Elambalakkattu at
Edakkulam while going to the Sathrughna temple.