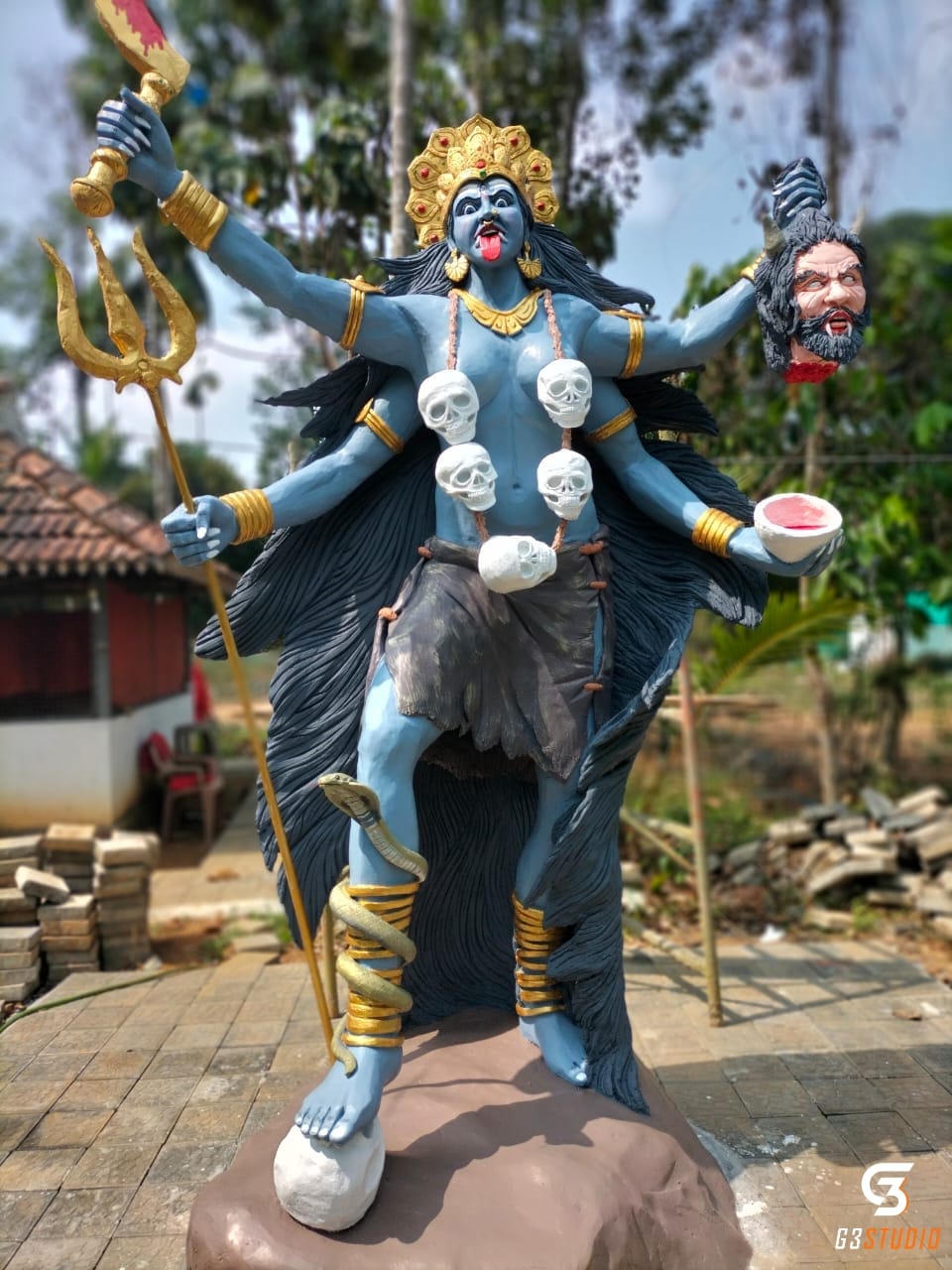 Pujas are held in the temple only on Tuesdays, Fridays and Amavasi days.
Kaalimadom puliyampilly Bhagavati vanadurga kaavu is located at Thommankuthu, Thodupuzha Thaluk in Idukki District of the southern state of Kerala, India. It is one of few shakteya temples in kerala which follows kavala tantra. Main deities are Bhadrakaali, Vanadurga and Puliyampilly namboothiri. Many families in kerala still consider puliyampilly as their protector and offering alcohol and animal sacrifice.In kaalimadom, this offerings are performed for lord Kaali and puliyampilly namboothiri in Amavasi and every first Friday of the Malayalam calender.

Goddess Kali is the fierce avatar of shakti and she represents woman in her rudra avtar with four hands, dark skin, wearing a mund mala of beheaded demons.Main offerings for bhadrakali is the kalasham performing every New moon and first Friday of Malayalam calender.

It is one of the old vanadurga temple in kerala and was distroyed before some years. Now it is reconstructed and consecrated under Brahmasree cherthala Sumith Tantri, one of the famous tantrik in kerala. Offerings are giving on every Tuesday and Friday as well as New moon day. Vanadurga is the protector and prosperity giving goddess.

Famous shakteyan in the history of kerala. He was a Brahmin by birth and was performing kaali Pooja with panchamakaras.Panchamakara or Panchatattva, also known as the Five Ms, is the Tantric term for the five transgressive substances used in a Tantric practice. These are madya (alcohol), māṃsa (meat), matsya (fish), mudrā (pound grain), and maithuna.After his death a system of veneration for Puliyampilly was established. Devotees consider Puliyampilly as one who can control nature and bless them with a good harvest.

In kaalimadom, puliyampilly namboothiri offerings are performed along with kaali Pooja on every New Moon, First Friday of Malayalam calander and auspicious days