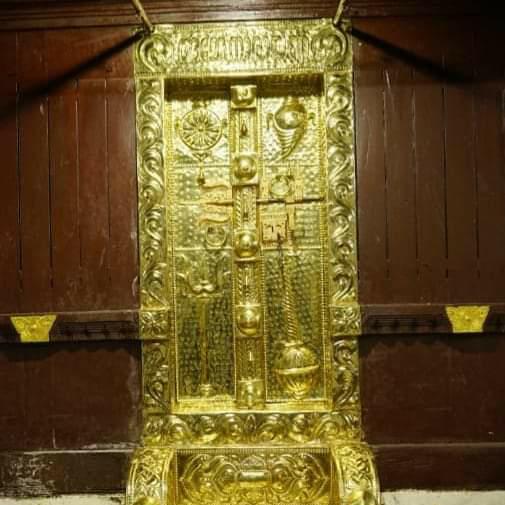 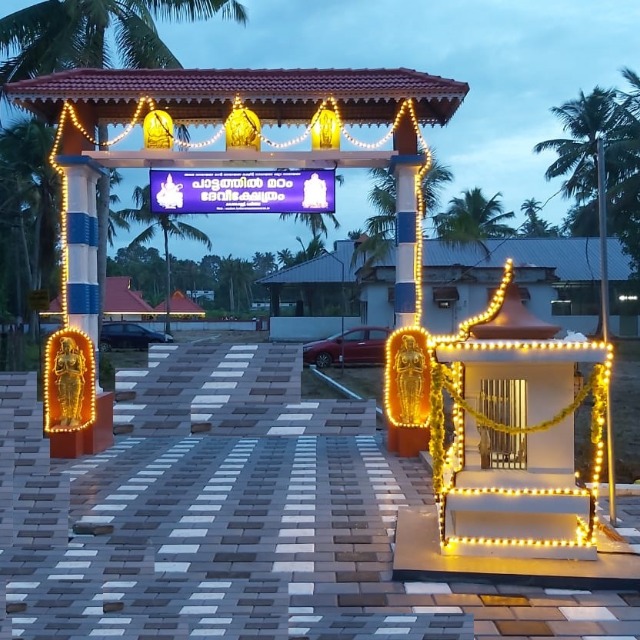 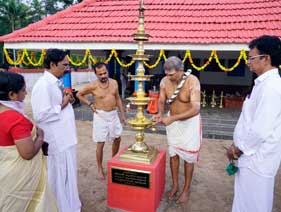 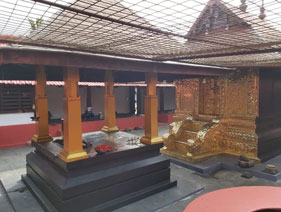 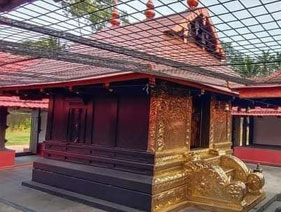 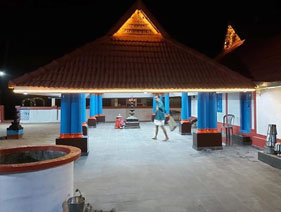 The leased family consists of five branches namely Nedumpuram, Kochumadham, Valyat, Thayathil and Chidayankadu and from there they are part of the staff and members living in different places.
The eastern part of the kingdom was under the control of the Edappally Swaroop in the kingdom of Kochi. Defendants were sent to collect taxes from Swaroop. The eastern palace built the Ayyappa temple for them to worship, and a palace on the south side for living, and Oottupura on the north side.
Kochushankaran Mammon, Padmanabhan Mammon and Krishnan Mammon are known for the first time in previous generations. It was during the reign of Padmanabhan Mammon, the head of the family, that the then Maharaja of Travancore, Marthanda Varma, acquired a portion of the land from his lord.
On the instructions of the Maharaja, the temple was renovated to its present shape for the benefit of the people. In addition, His Majesty granted the family the title of 'Lord', which can only be given to governors.
Temple located at Vempally road Kadakkarappally village near Cherthala of Alappuzha in Kerala. Goddess Devi worshipped here.
The convent is a sacred monastery where the family goddess resides. There is no special deity here. The divine spirit resides in the thali of the lamp in the shrine.
The main poojas are three daily poojas and a twelve-day Bhagavad Seva service on the Vijayadasami day of Shuklapaksha in the first month. 12008 wreaths of 12 days and twice as many wreaths on the last day are very important.
This is the information about the beginning of Bhagavad Seva. A case was registered against an Ezhava family years ago in Ottamassery. Those who were skeptical about the success of the day met the Tantri chief of Puliyannur Mana and sought his advice. At his suggestion, the Goddess began to perform poojas with twelve thousand eight (12008) wreaths in the virgin month to extend the period of Vijayadasami. 12008 The wreath was chanted more and more and more time passed. The case was won and the family came under the lease of a single massery. This Bhagavad Seva is still performed beautifully.
On the night before the commencement of the Bhagavad Seva, a ceremony called 'Vilakku Vaip' is held. This ghee lamp is kept in the corner of the sanctum sanctorum for twelve days. Almost all the family members come and go during this mangalkarma. Nira and Puthari are held here during the month of Chingam.