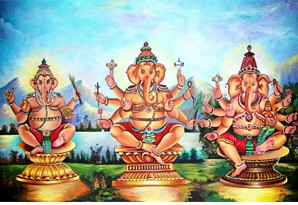 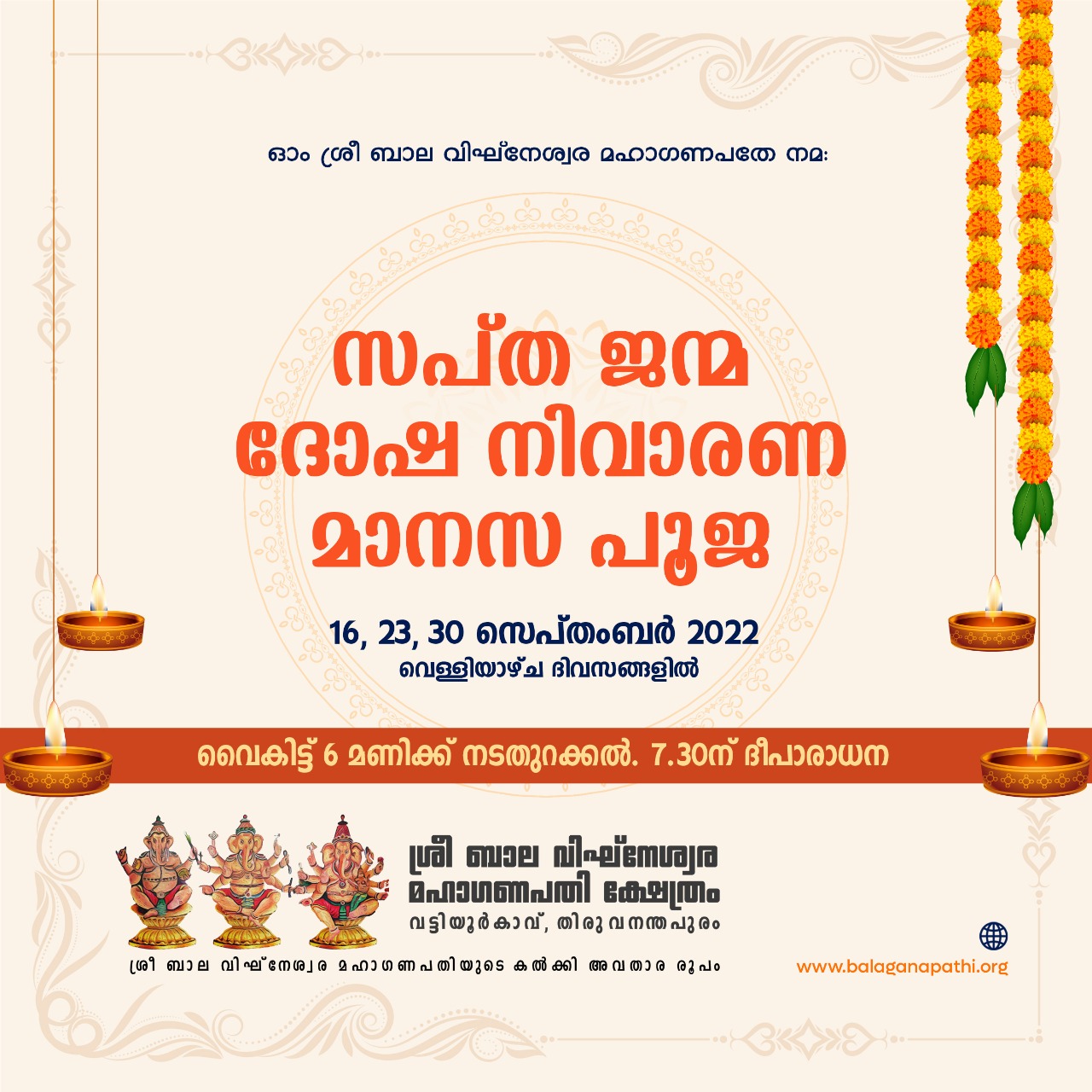 The temple situated at Vattiyoorkavu in Thiruvananthapuram district. Sree Balavigneshwara Maha Ganapathy is the main deity of this temple. Vinayaka Chathurthi is one of the main festival of this temple. Annual festival celebrated here in every year.
Sree Bala Vigneshwara Maha Ganapathi Temple, is a temple dedicated to the concepts of Karma, and the resultant effects of Karma. The practices are non-tantric and non-Brahmanical. The presiding deity is Sree Mahaganapathy in the childly Form. The temple proceedings are presided by and mostly executed by Swami Manikanda. The simple worship ritual is a submission of oneself and ones Karma Bhala to the Lord.
Manikandan Nair, before embarking on this divine pursuit,, was a businessman of some repute and was quite successful in his career. However, in his own words. his Karma Bhalas caught up with him and from a position of relative comfort, he plummeted into an abyss. Endowed with the rare quality of absolute belief and submission to Divine Will ,Manikandan Nair, through meditation and eventually, constant interaction with Him, realized his life’s calling, as per Divine Will.
He became Swami Manikandan and dedicated the rest of his life for the betterment his fellow beings. Thus this holy temple, dedicated to human welfare, came into existence.
The concept of Karma Therapy, revolve around the cause and effect theory, which has a firm scientific footing. The Newtonian theory that every action has an equal and opposite reaction, is visible in the material world as the effect is immediate. However the same theory is not immediately visible in the spiritual world and the results may take years to come back. What is undeniable is the fact that it will come back. Karma Therapy can redirect the ill effects in harmless ways.
The practices at Sree Bala Vigneshwara Maha Ganapathi Temple are specifically setup for this . In short, the various worship and meditation method here act as shock absorbers for these ill effects.
Today, a solace for thousands of people in distress, Sree Bala Vigneshwara Maha Ganapathi Temple, has received acclaim, far and wide, even internationally. This temple has unique worship rituals. This is the only Mahaganapathy temple in the world where no Ganapathy Homam is conducted.
Poojas are submissions to the Lord and not the following of old texts or rituals. In short, the basic concept of worship is Maanasapooja and Samarppan. No Hundi or collection box is set up in front of the temple to collect money. The only money collected is the actuals needed to conduct the Abhisheka.