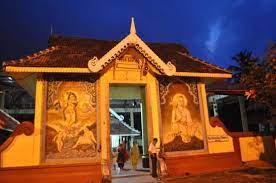 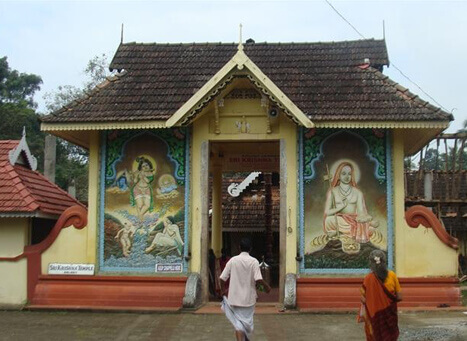 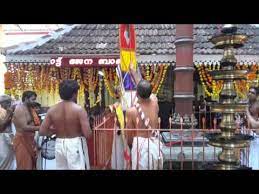 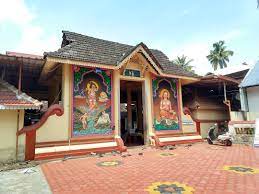 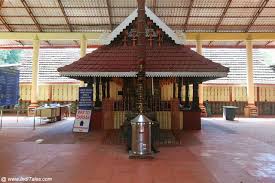 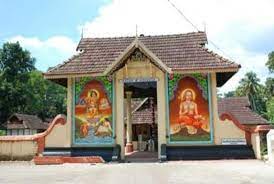 Kalady Sree Krishna temple is a very sacred shrine located at Kalady, a scenic village in the Ernakulam district of Kerala. Kalady is the holy birth place of Jagadguru Adi Shankara Bhagavadpada, the great religious performer and philosopher lived in the ninth century. He is the most influential figure of Hinduism in India. Kalady fascinates people with its serenity and rustic simplicity. Located on the scenic banks of River Periyar, this small village is a famous pilgrim center. There is a small temple complex and a Sringeri Mutt in Kalady set in green fields. Kalady Sree Krishna temple is situated to the west side of the Sringeri Mutt. Lord Krishna is the family deity of the Jagadguru and the presiding deity of the temple. This Krishna temple has the typical Kerala architectural style. Brindavan of Aryamba is a must-visit spot in this temple complex where Aryamba, the mother of Sri Adi Shankara, was cremated. There is a lamp post made up of black stone near this holy spot which was in existence even from the time of Sri Adi Shankara. A Ganapathy shrine is also near this. Both the Cochin International Airport and the nearest railway station, Angamaly are only 7 kilometers away from Kalady temple. Kalady, a well famed pilgrim centre, by the birth of Jagadguru Adi Sankaracharya, on the magnificent shores of the Poorna River, the famous Kalady Srikrishna temple situates. For those, thousands of peoples coming here every day at this place of Sankaracharya, Srikrishna Temple is a favourite destination. The pertinence of the Krishna Idol here, it was re-consecrated by Acharya himself in the year AD 795. The sad demise of Acharya’s mother and many continuing unpleasant events, have been appeared in the history itself. The Brahmin families in the village refused to participate in the obituary ceremonies. Only two families were attending the rites out of the prominent 10 brahmins families in the village. Those who were holding the head side of Acharya’s mother later known to be Thalayattumpalli Mana and the rest part of her body caught by the others, famed to be Kappilli Mana. As a blessing from Acharya, now the temple affairs are under the control of these two Brahmin families. Together with Lord Krishna, the main Deity, Sri Ganesha, God Siva and Goddess Parvathi and Sri Dharmasastha are all enshrined as sub deities in this temple. Kanakadhara Yanjam performed on Akshayathritheeya Day, Sri Sankara Jayanathi and Annuval festival are the prominent fests celebrated every year. The daily visiting time of the temple is from morning 5.00 to 10 AM. In the evening it is 5.00 to 7.30 PM. At a distance of 7 KMs from Angamali-Kalady Railway station Kalady Srikrishna Temple situates and it takes some 1 KM from the Kalady Bus station. The distance from Cochin International Airport comes around 7 KMs. Lord Krishna, fondly known to be Thrikkaladiyappan, was the family deity of Acharya and his mother. Hence they used to visit the temple every day after taking “ablution” holy bath in the nearby river Poorna (Periyar). Once, for this dailyholy bath, Acharya and his mother started from their Mana (Home). But on the way, seeing his mother tired of walking, boy Sankaraprayed to Lord Krishna bearing tears in his eyes.And, Lord Krishna blessed the boy saying, “Let the river reach a place marked by your feet”.The river was reaching the spot, marked by boy Sankara after taking a turn. This boon from lord helped Sankara’s mother to lessen her efforts and reduce the distance. The place known to be ‘Sasalam’, there upon was renowned to be Kalady. The people of the place thereon addressed Lord Krishna as ‘Thrikkaladiyappan’ and the bathing ghat, as “ArattuKadavu”. In another incident, on an Akshayathritheeya Day, Acharya was walking in the morning to collect his daily “Alms” (bhiksha), he reached an old doomed Brahmin house. An aged woman suffering and starving, tears on her face, appeared before Acharya holding only a dry gooseberry in her hand. Listening on her face, every sorrow and grief, it came out, the highly renowned “Kanakadharasthavam Sthothram” from Acharya. When it’s 19 slokas were over, a shower was seen which shed golden gooseberries lavishly at her house. This Mana was later well known to be “Swarnathu Mana” (Golden Mana) which is still situating at a distance of some 25 km from Kalady Sri Krishna Temple. As a divine memory of this miraculous event, now on every Akshayathritheeya day, it is felicitated as Kanakadhara Yajnam in Kalady Srikirishna Temple. 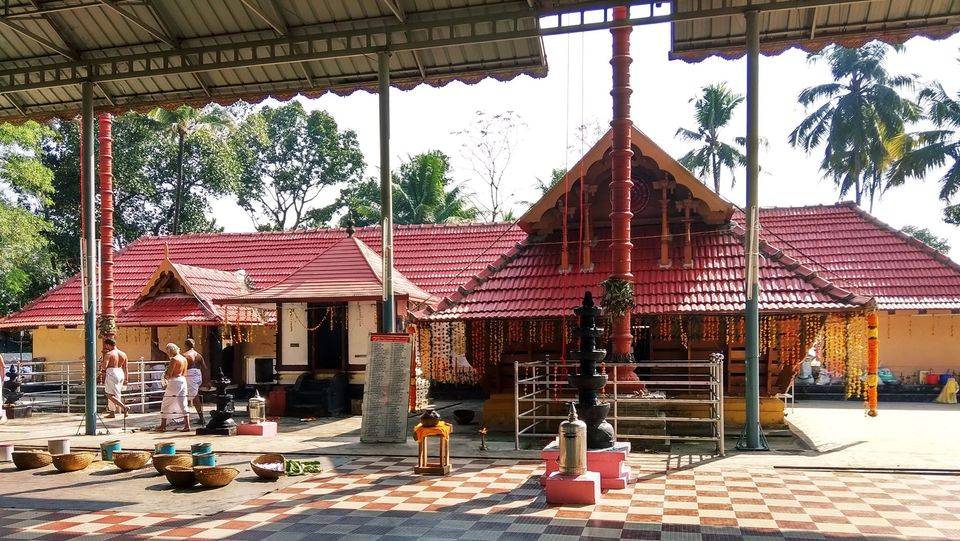